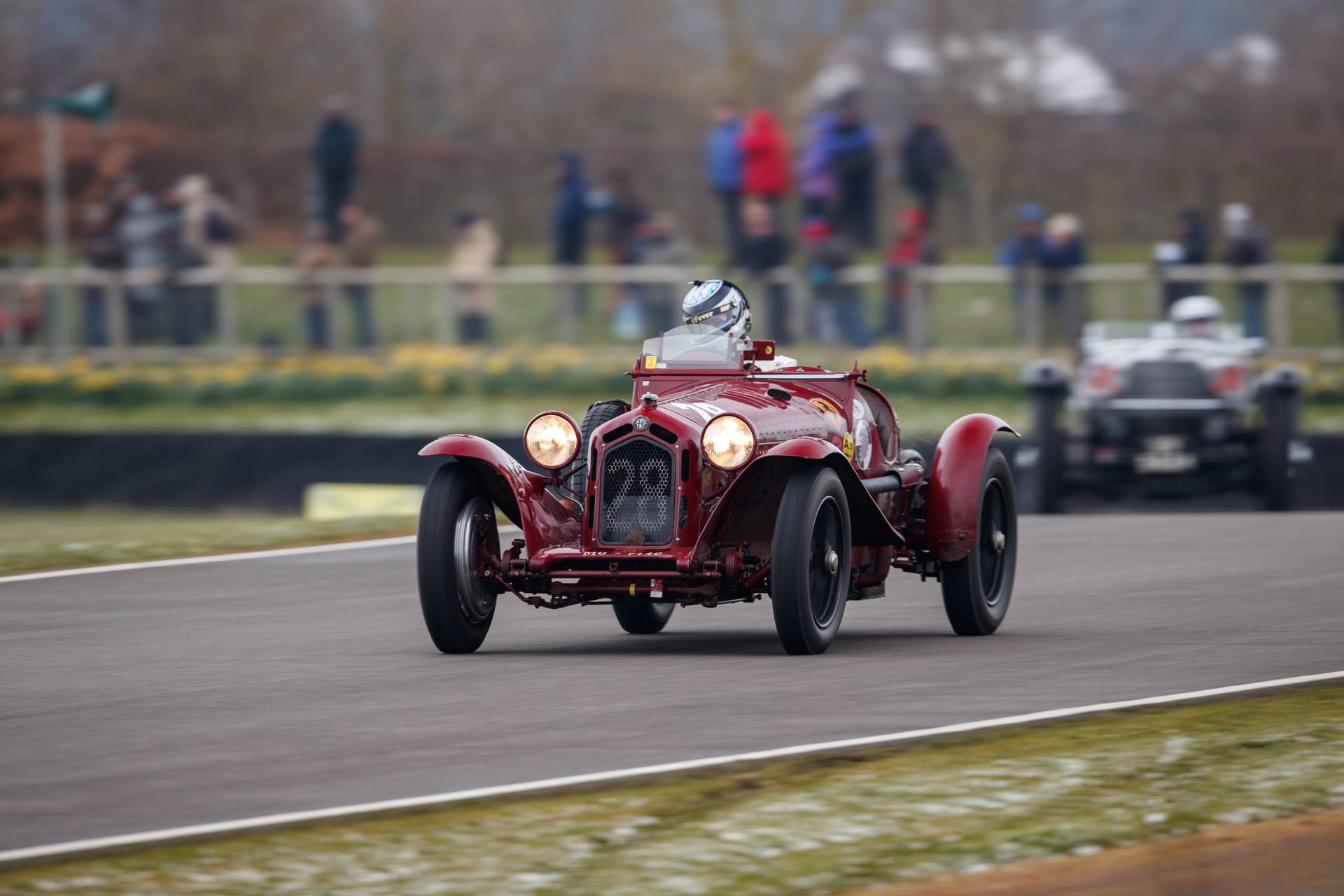 At freezing temperatures, the 76thMembers’s Meeting took place last weekend at Goodwood. After the disappointing result at last year’s Revival, we wanted to give the 8C Monza another chance and show that the 86 years of age do not mean that the car can only be run on the road at modest pace. Difficult conditions in snowy qualifying resulted in an 8thplace on the grid for Moritz. During the night from Saturday to Sunday the track still needed to be de-iced with a salt free liquid.  On Sunday morning however, the conditions improved significantly and the Carraciola Sportwagenrennen was started on a dry track. Moritz was able to improve from lap to lap and overtake one car after the other. In the second to last lap only Alastair Pugh in his BMW 328 parted him from third place. Using the superior power of the 2,6 litre 8C engine he was finally able to overtake on the straight, which resulted in a place on the podium. 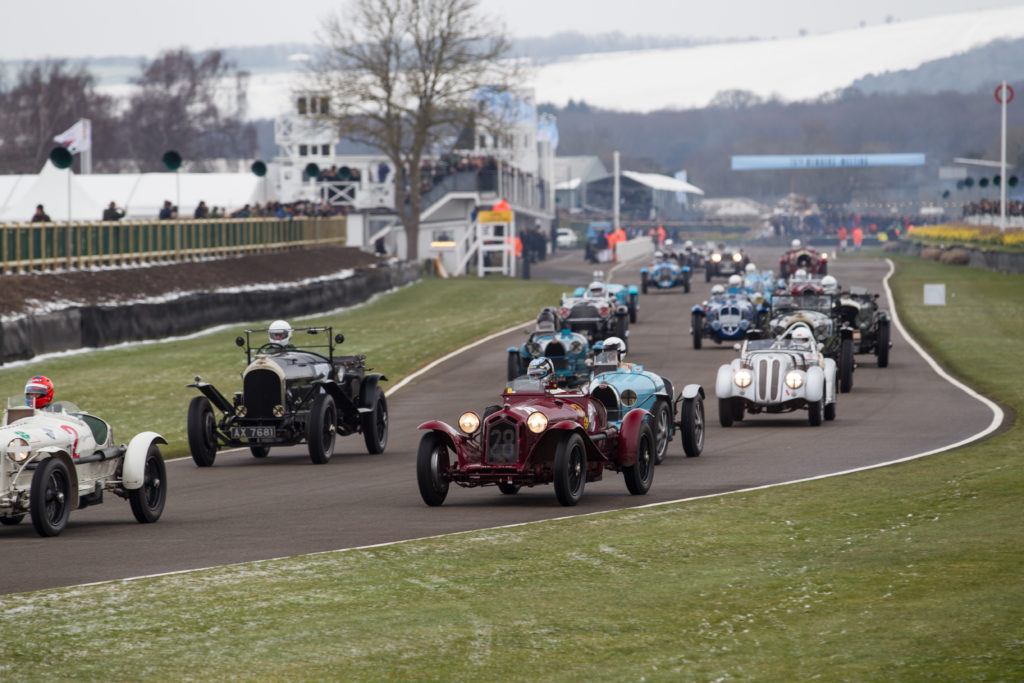 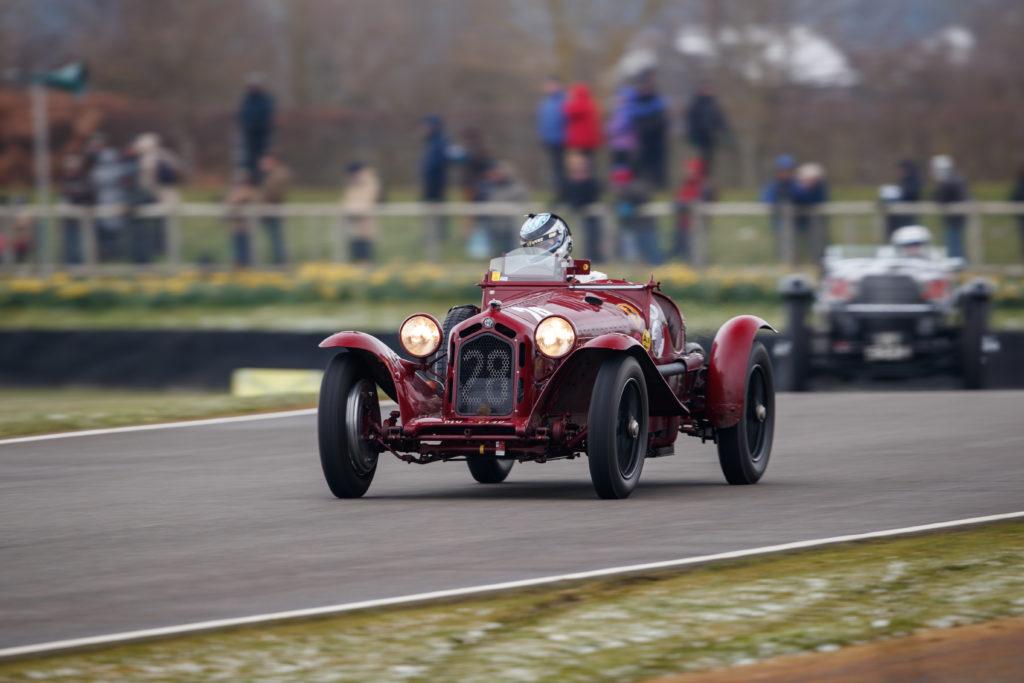 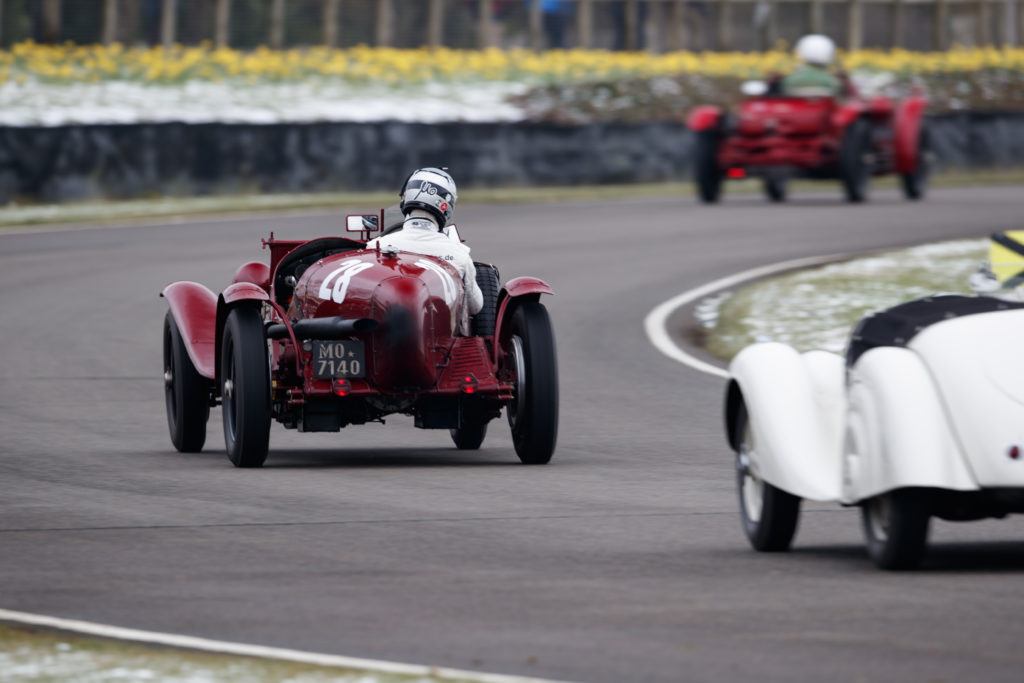