The Aston Martin DB4 GT is the competition version of the DB4 and a direct rival to the successful Ferrari 250 GT SWB Competizione. Prior to the official presentation of the car, it had already shown its potential in international GT racing, when the prototype won its first race at Silverstone in the hands of Stirling Moss.

When developing the DB4 GT, Aston Martin clearly set the target on a lightweight design in combination with a powerful sportscar-racing derived engine.

To improve the performance and handling the DB4 GT’s wheelbase was shortened by 5 inches – compared to a standard DB4 – and the aluminium alloy panels were replaced by magnesium aluminium alloy panels on the “Touring” styled body, which also incorporated a larger air scoop and a more aerodynamic cowled front light design. The power of the 3.7 litre aluminium alloy engine was increased to over 300 bhp by using a twin-plug head, three Weber carburettors and a twin distributor.

In total 75 DB4 GTs were built between 1959 and 1963, of which 45 were right hand drive cars and 30 in left hand drive configuration. The DB4 GT took part in most of the big international GT races, including the 12h of Sebring, 24h of Le Mans and 1000km at the Nürburgring. 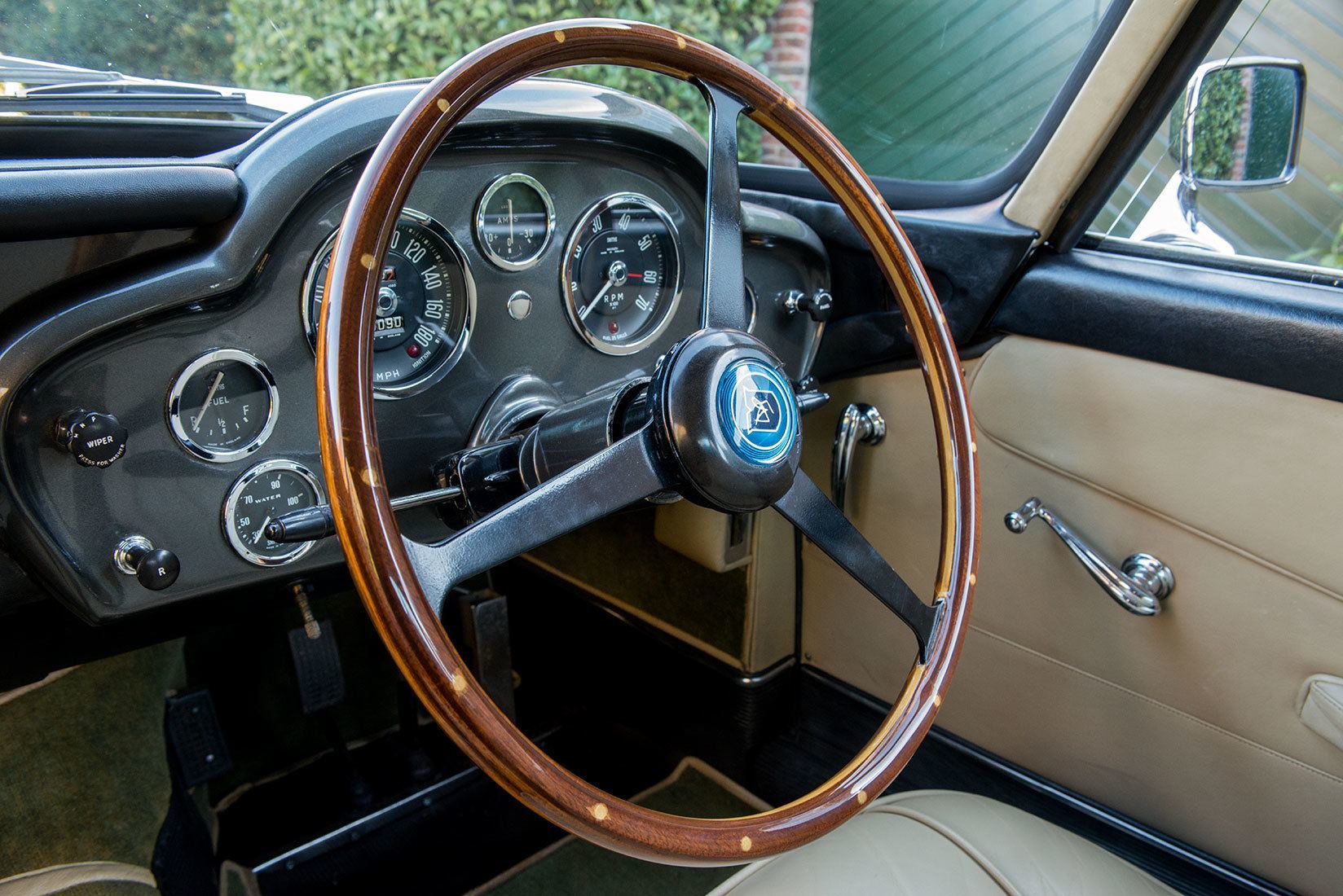 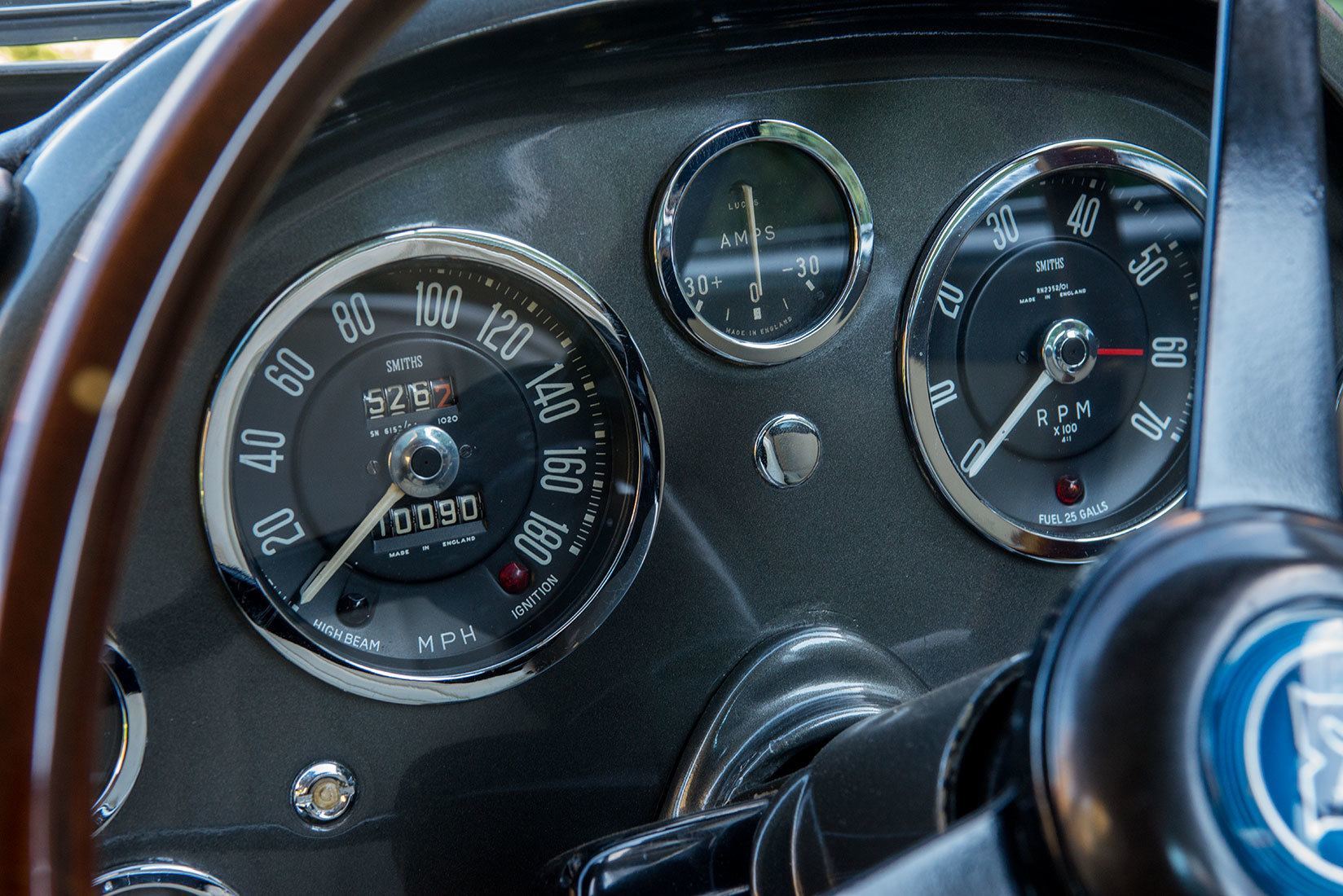 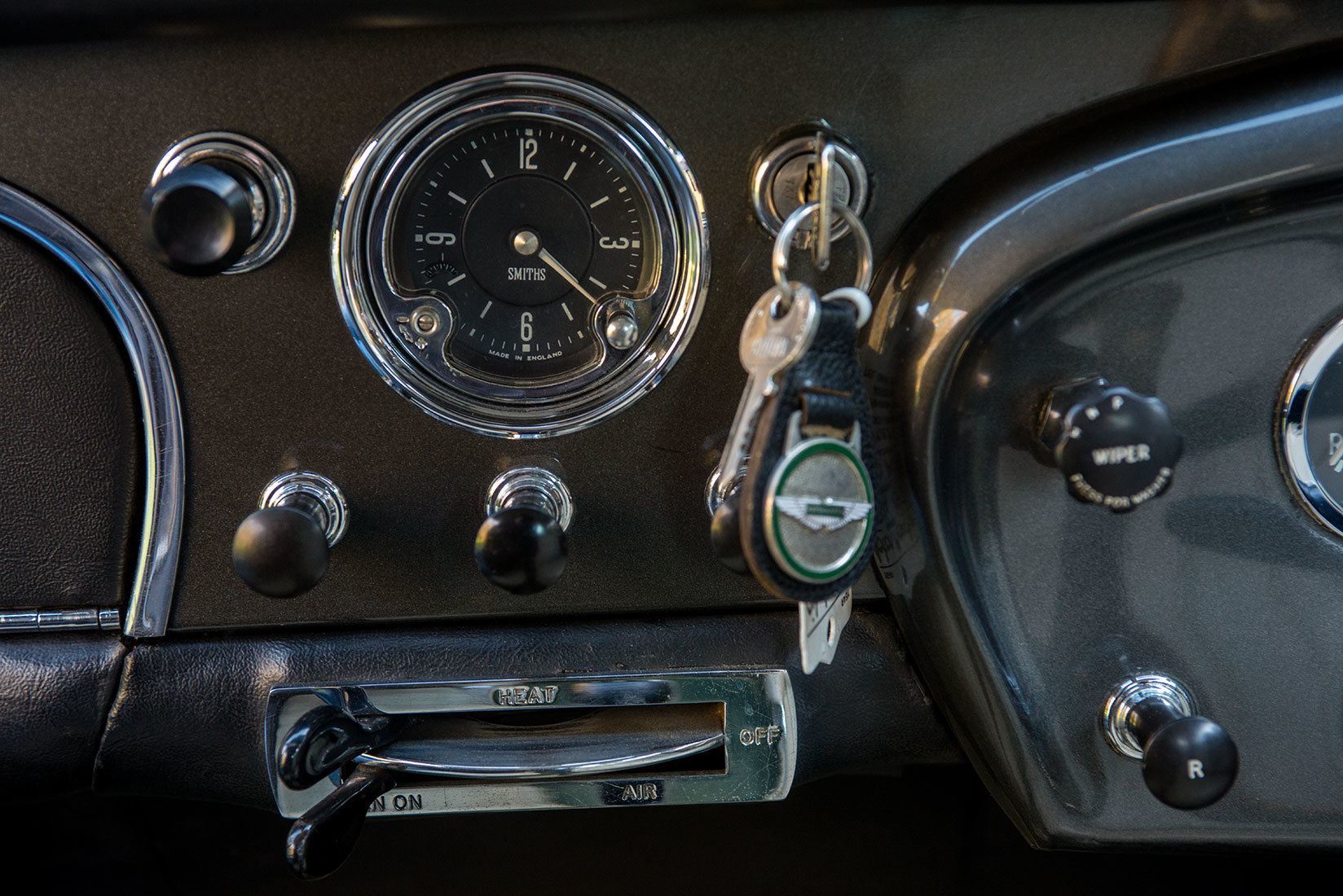 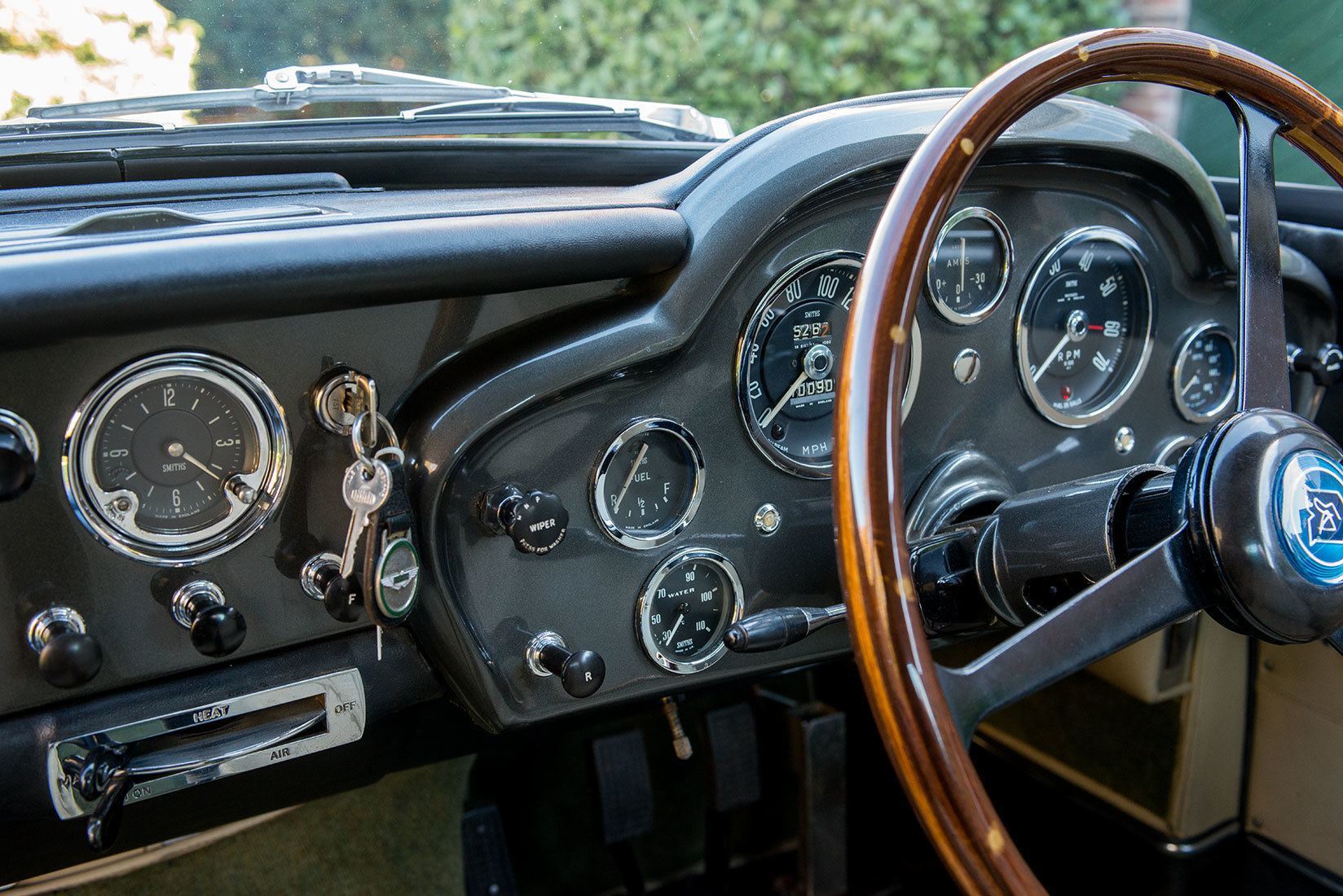 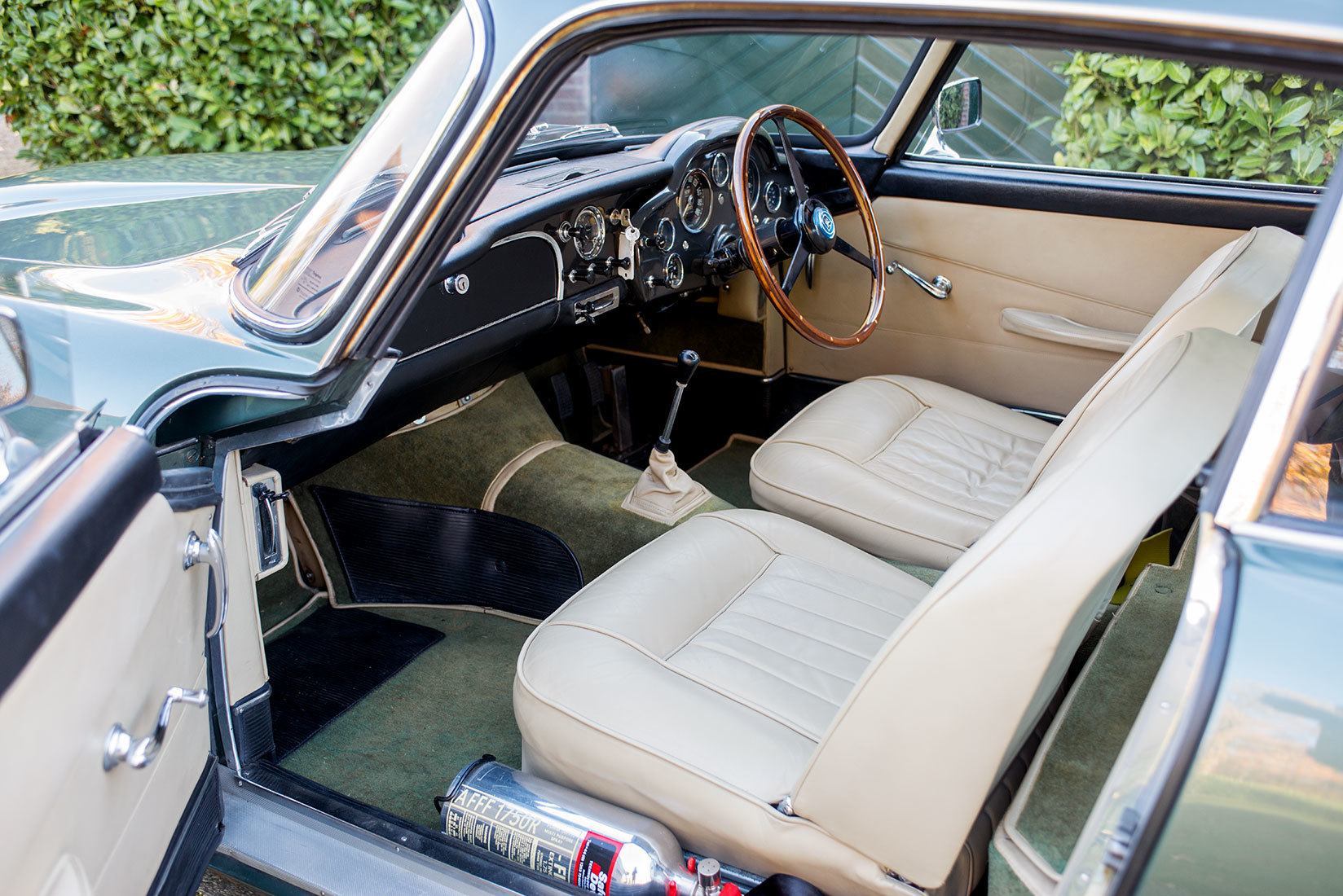 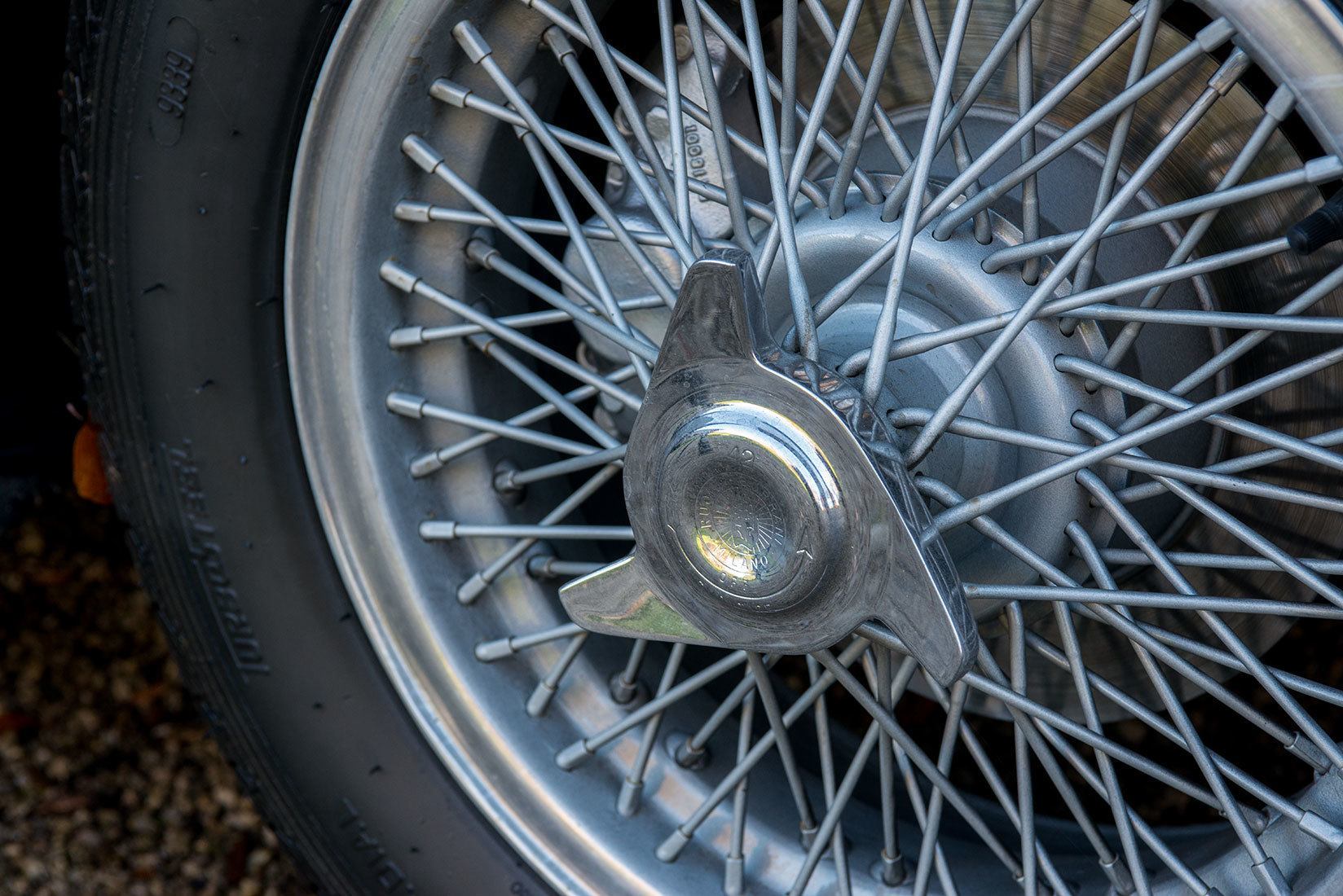 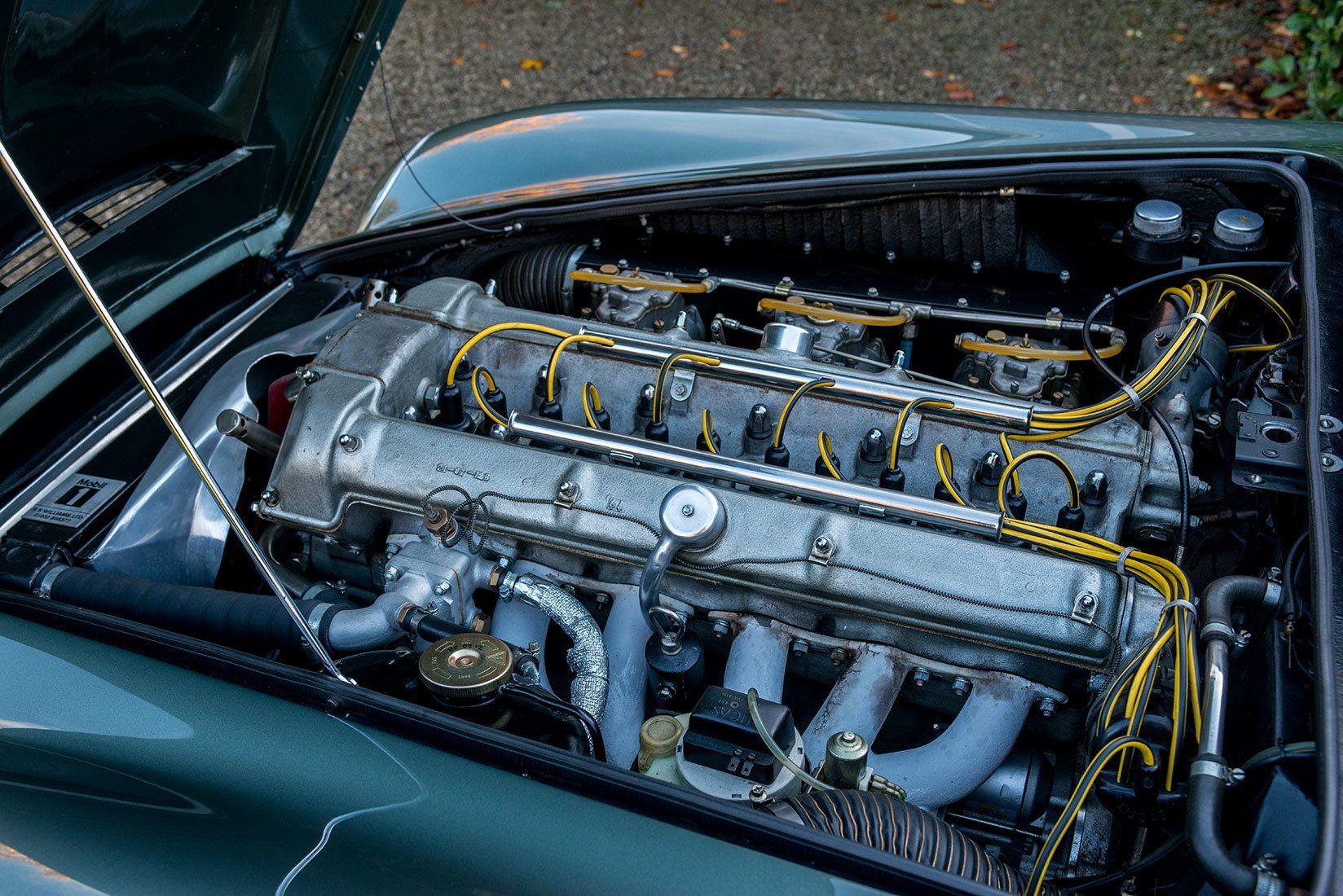 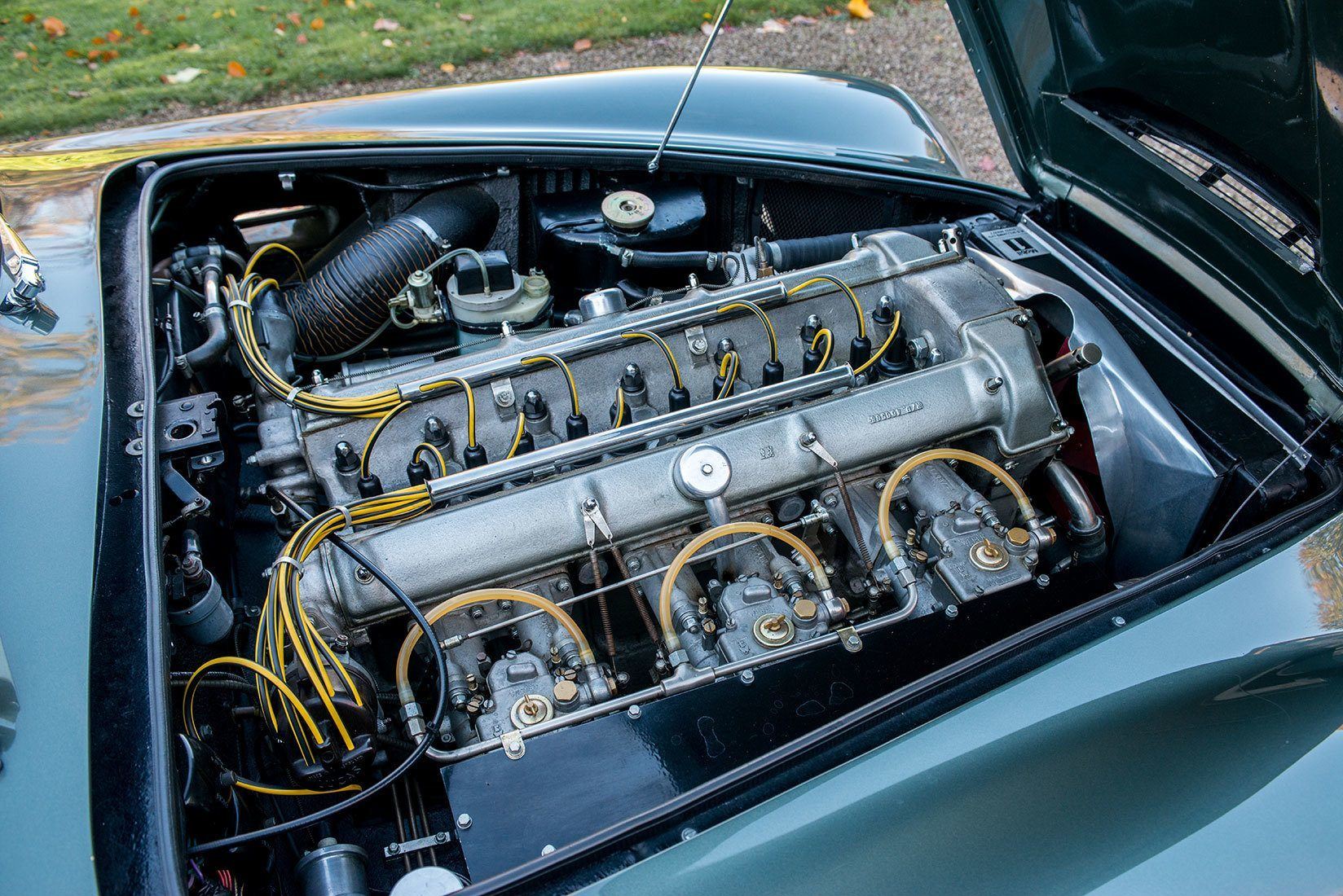 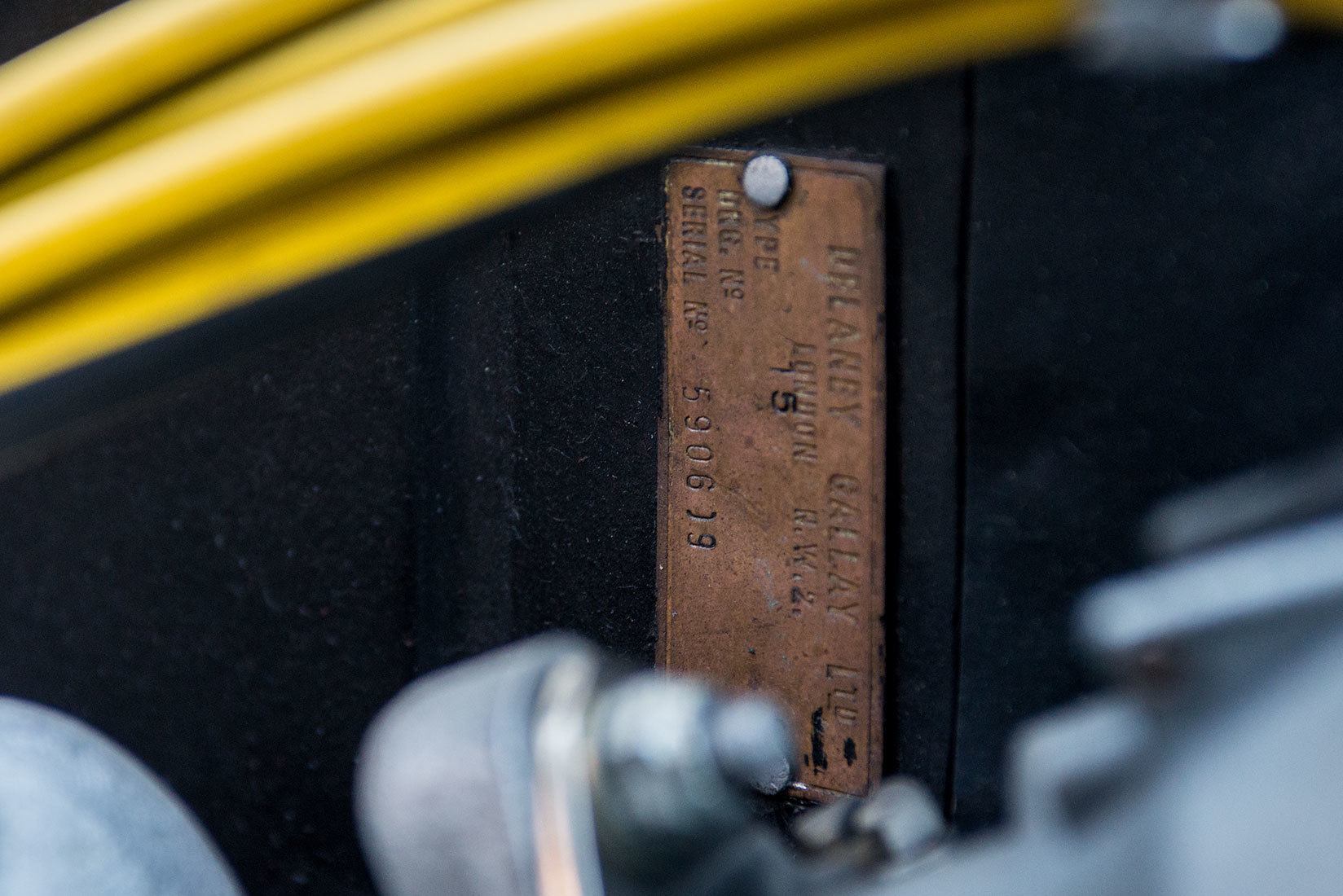 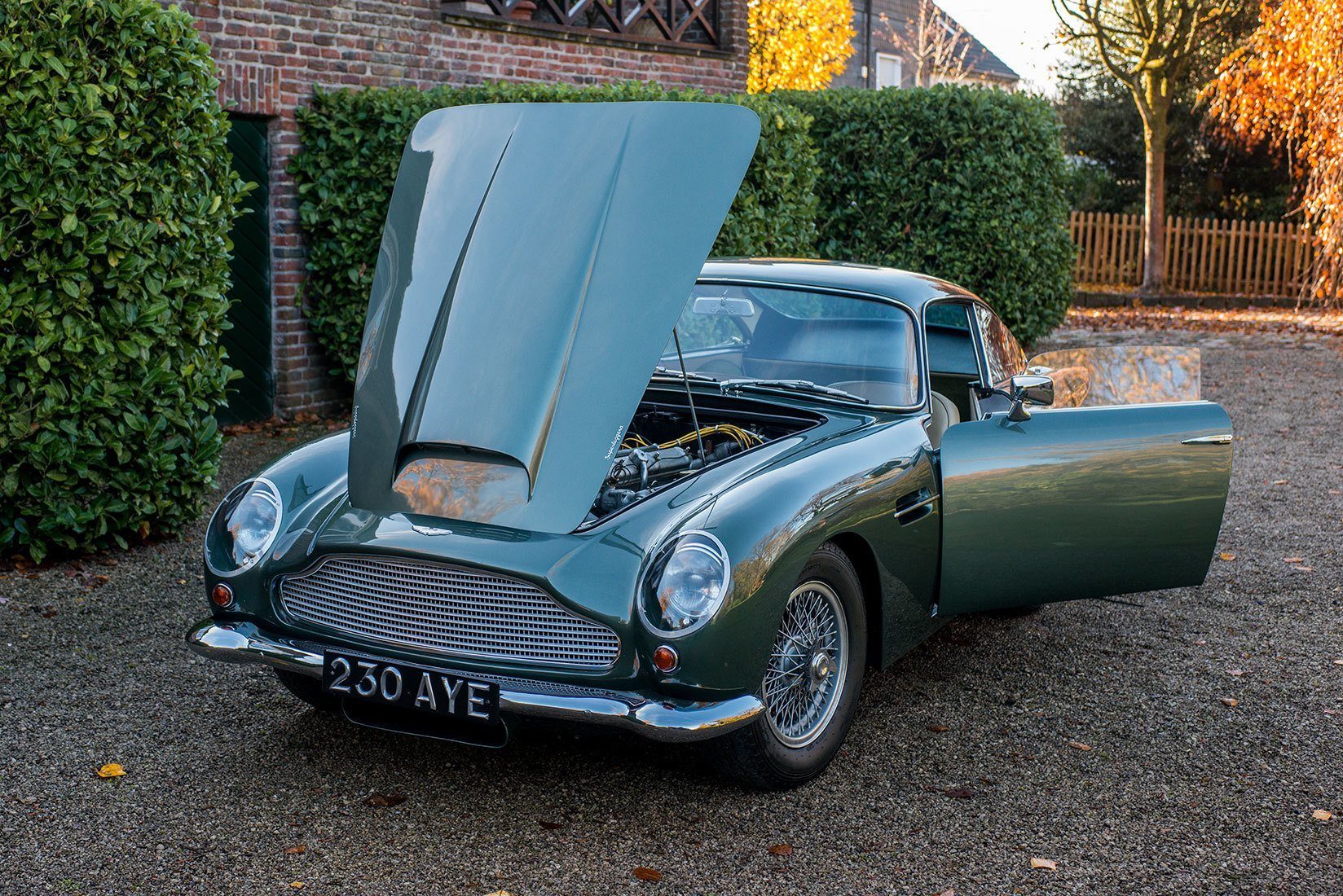 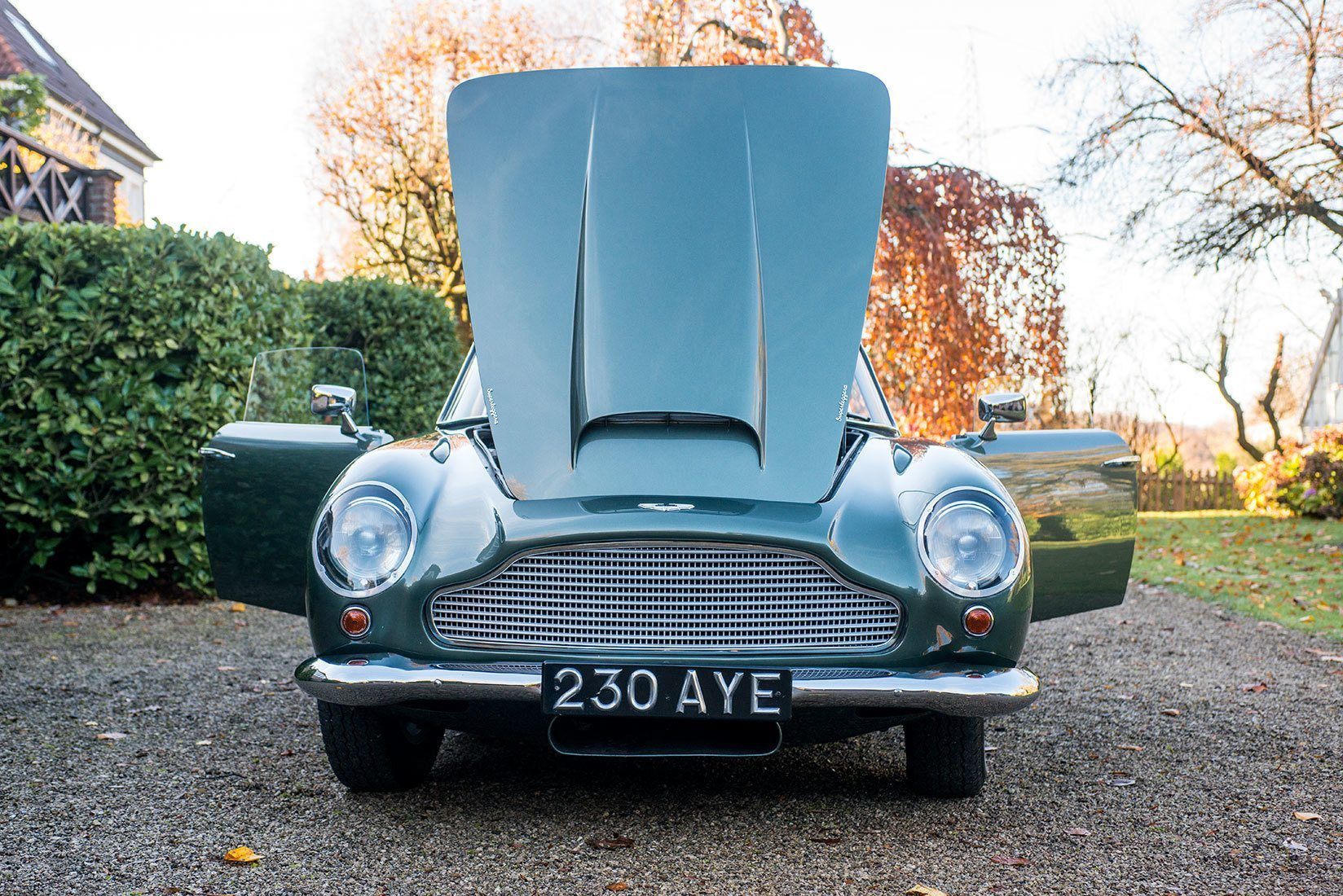 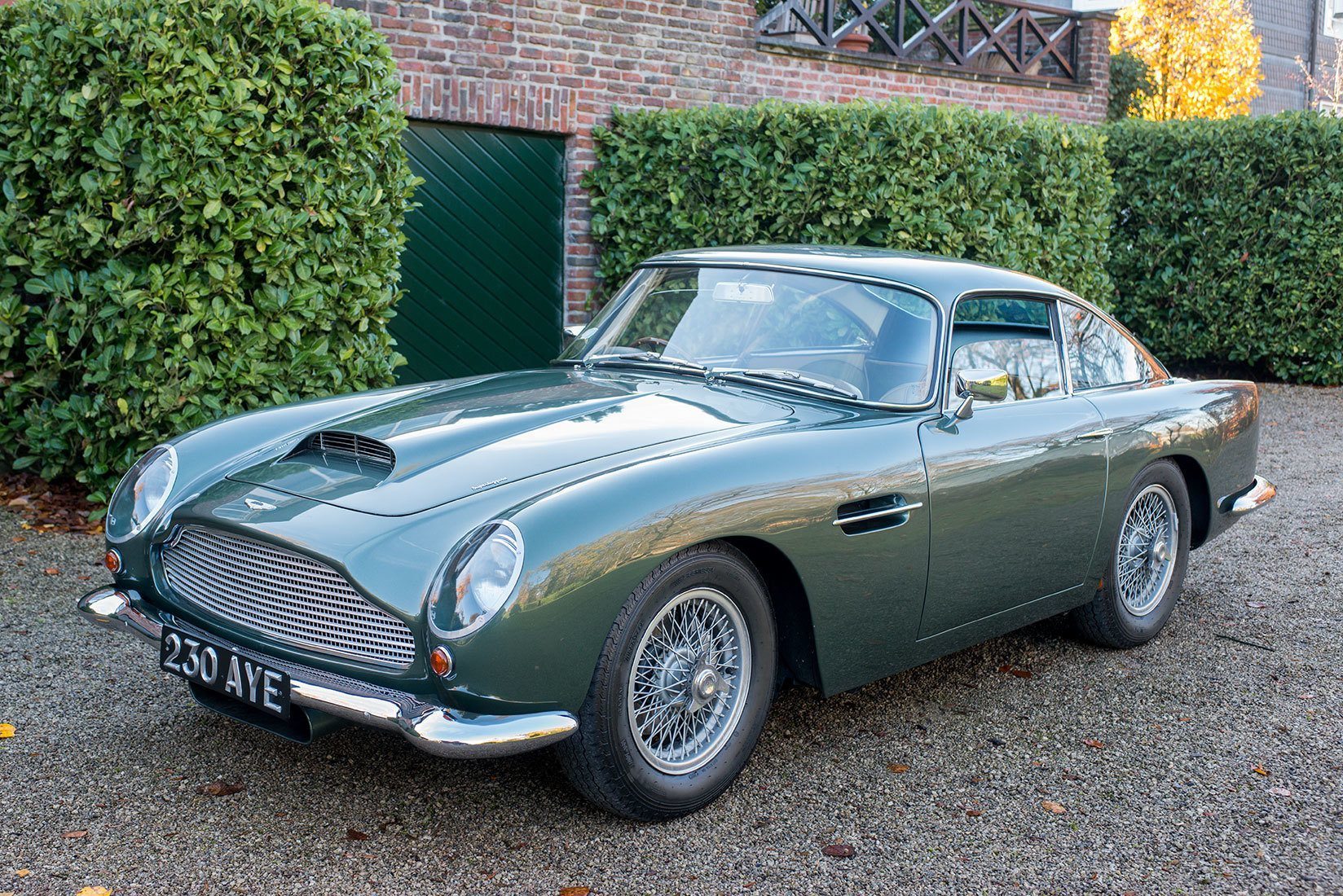 The new thoroughbred Aston was presented to the public at the London Motor Show in late October 1959. The perfectly original example we are offering, was only delivered two months later on New Year’s Eve 1959 by Langley Motors to its first owner Noel Cunningham-Reid, a former Aston Martin Works driver. Cunningham-Reid won the 1000 km at the Nürburgring in 1957 with an Aston Martin DBR1 and also raced at the 24h of Le Mans that same year. The car on offer is the first right-hand drive DB4 GT built and was delivered with the original colour combination of Bristol Red paint over Off-White Connolly leather. The colour of the interior remains today in delivery configuration, while the exterior colour has been changed to a perfectly matching “RSW Green”.

After its ownership with Noel Cunningham-Reid between 1959 and 1961 the DB 4GT always remained in the UK with several owners over the years, amongst them well-known collectors Frank Sytner and Chris Evans. The car has been meticulously maintained at either Richard Williams or Aston Engineering during the various ownerships. While in care of Richard Williams, the engine has been upgraded to 4.2 litres with Carrillo conrods, Cosworth pistons and an upgraded high-performance clutch. The car wears its delivery registration “230 AYE” but is currently declared as SORN. After we bought the car, it received a complete check-up and extensive service at Aston Engineering, which further improved the original-spec restoration.

The Aston Martin DB4 GT is for sure one of the most significant Grand Turismos of the 1960s. While less than half as many DB4 GTs were built as SWB Ferraris and with equal performance, significance in the automotive history and iconic status, the cars today still represent excellent value for money at only a quarter to a third of the price of a good Ferrari 250 GT SWB.